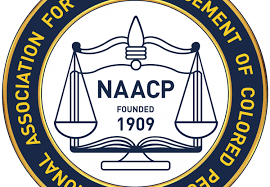 Henry Lee Wilson was born on October 17, 1932, in Gum Springs, AR, to the late Cleveland "Pepper" and Lena Gillette Wilson, in his childhood home.

As a child, Henry was small in stature, but his aspirations, opinions, and character are said to have been boisterous and larger than life from an early age! Throughout his childhood, he was active in basketball, despite his mother's protective concerns regarding his size. He didn't let anything hold him back from experiencing life. Henry accepted Christ as his personal savior at a young age and was baptized on July 23, 1944. He served in several congregations throughout his long life; his most recent servanthood was as a member and deacon for the Gennesaret Missionary Baptist Church in Arkadelphia, Arkansas.

Henry graduated from Peake High School in May of 1950. On July  3, 1950, He joined the U.S. Navy in San Diego, CA.  After boot camp, he spent 22 months in Guam. After his Guam tour, he spent the rest of his Naval career in Astoria, OR, and was honorably discharged on August 23, 1953.  After returning home to Arkansas for two months, he moved to San Diego, CA, to enroll in  San Diego Junior College. He worked parking cars at The La Jolla Hotel on night duty.

Henry was married to Pearline Davis from 1955 to 1965, with whom he shared five children.

Also in 1955, he was hired at the San Diego Naval Shipyard, where he worked until he moved to Los Angeles, CA, in May 1965. He then began working for the Long Beach Naval Shipyard. After 37 years of civil service, he retired in April 1989, and returned to Arkadelphia, AR, to be with his mother.

In October of 1991, he began serving the children of the Arkadelphia School District, where he was voted Bus Driver of the Year in 2002. He continued to serve the district until December of 2008.

Friends since 1988, Henry married the love of his life, Jacqueline D. Scott, on October 29, 1994. They remained married until his passing.

In May of 2004, Henry began working as a Direct Support professional for Rainbow of Challenges, Inc., serving people challenged with developmental disabilities, until his final retirement in January of 2019. During his employment with ROC, he received the Employee Excellence Award in 2009 for the advocacy, dedication, and excellence of care he provided to those he served. He was also well-known for his traditional "Friday Fish" feasts, coconut cake, and all-around good cooking, which he enjoyed sharing with the staff and clients in the neighborhood.

Henry was passionate about many causes. He chose to advocate for and serve these causes through a variety of community organizations, including:

When Henry wasn't working, playing with grandchildren, or lobbying for his mission of the moment, he enjoyed playing golf, fishing, walking, keeping up with political events, traveling with his wife, and visiting with friends and family. He also loved public speaking. If you ever attended an NAACP banquet or any other event where Henry Wilson got control of a podium or microphone, you are well aware!

Henry was known for his bold, outspoken, and sometimes abrasive, personality, especially when he was fueled by his deep desire for progress, fairness, equality, or change. However, what those who did not know him personally may not know, is he was a hard-loving man as well. He was gentle, kind, nurturing, giving, affectionate, and loving, especially as he grew older; that was evident if you ever saw him with his grandchildren or the clients he served through ROC. He adored his wife,  children, grandchildren, and great-grandchildren, and would do anything he could for them. Henry was especially drawn to those whom he felt needed him. He believed strongly in doing what felt right in his heart and speaking up when he believed that others were doing something that was unethical, regardless of the consequence. Advocacy was his lifelong passion and the evidence of his enthusiasm, heart, and drive is palpable throughout our community.

Henry was born into Heaven in the last hour of November 6, 2021, in his home of over 30 years, in Arkadelphia. He is survived by his wife of 27 years, Jacqueline D. Wilson; his children: Gerald Nowden, Henry Wilson, Jr., Zsaslyn Wilson, and Jalea Wilson, all of San Diego, CA; Jerry Scott (Ebony) of Benton, AR; JaMarr Bullock and Jeremy Roberson (grandson) both of Arkadelphia, AR.; his sister, Florine Bennett of Pasadena, CA; his brother, Stephen Wilson of Los Angeles, CA. He also leaves 15 grandchildren,18 great-grandchildren, and countless nieces, nephews, and close friends.  Henry was especially close to his cousin, Lucinda Marie Holmes, of St. Louis, MO, with whom he had a special bond and enjoyed consulting for her cooking expertise and fellowship on at least a weekly basis. Henry's closest friends were Ray Killens of San Diego, CA, Rosboro Hendrix, and  Doug Nelson of Arkadelphia, AR.

To send flowers to the family or plant a tree in memory of Henry L. Wilson, please visit our floral store.

A Memorial Tree was planted for Henry

Join in honoring their life - plant a memorial tree